THE LIBRARY OF THE CONSTITUTIONAL COURT

The library of the Constitutional Court was founded in 1996. The library has a rich collection of legal, scientific, and media sources, and it is intended not only for the Justices and Staff of the Constitutional Court, but it also serves as a resource center for practitioners, lawyers, law students, postgraduates, researchers and ordinary citizens.

The library contains multilingual professional literature, collections of laws, directories, manuals, publications on law, politics, diplomatic relations, history, human rights, administrative law, public administration, criminal and civil litigation, as well as collections of international treaties. The publications on the history of law in Armenia and other states, theory of state and law, protection of human rights, as well as publications on the practice of constitutional justice bodies accord a special place at the Library of the Court.
In addition to the legal literature, the Library of the Constitutional Court also contains the basic publications and manuals on the philosophy of law, international relations, sociology, political science, economics, and culture. The library is regularly replenished with new publications, legal and other magazines and books. The literature in regard to the Armenian Apostolic Holy Church and Armenian Genocide is one of noteworthy funds of the Library of the Constitutional Court.
The library holds publications in Armenian, Russian, English, German, French and other languages. The alphabetical and systemic directories and subject catalogues are also formed and available for the visitors.

HOW TO APPLY TO THE COURT 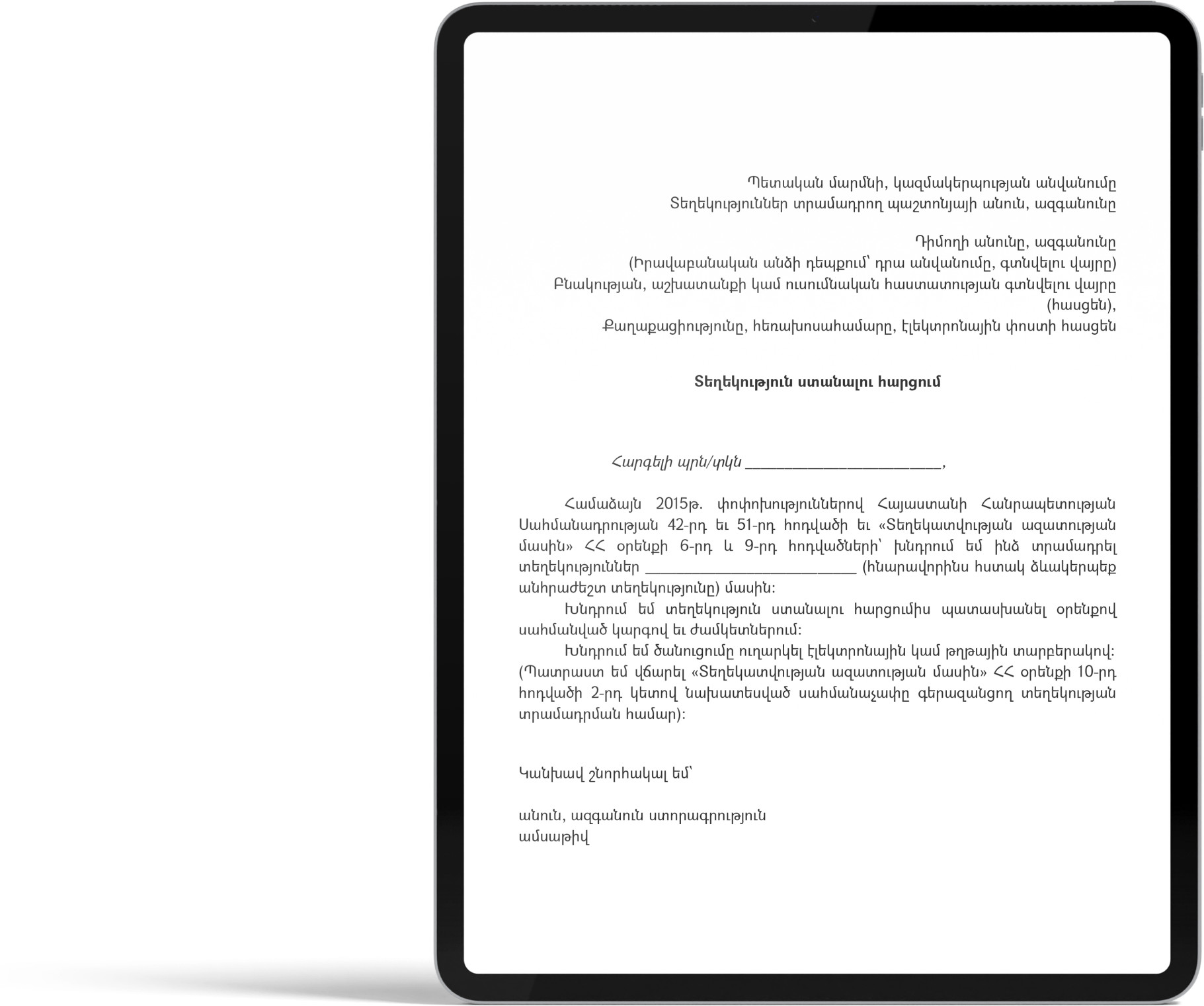