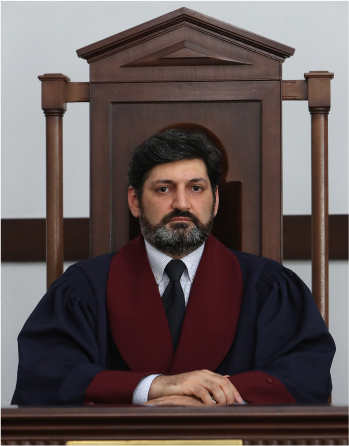 Justice of the Constitutional Court

Assistant Justice of the Constitutional Court

1997 Graduated from the Faculty of Law of Yerevan State University

In 1997-1998 Justice Grigoryan served in the Armed Forces of the Republic of Armenia.

Vahe Grigoryan is married and has two children.